Exhaust gas temperature sensors are an indispensable feature of modern vehicles, as they guard components exposed to the flow of hot exhaust gas against critical overheating.

Engines are becoming increasingly environment-friendly and economical but at the same time ever more powerful. This is primarily achieved by way of so-called downsizing, which involves designing engines with a smaller capacity and employing turbocharging or supercharging to compensate for the associated loss of power. 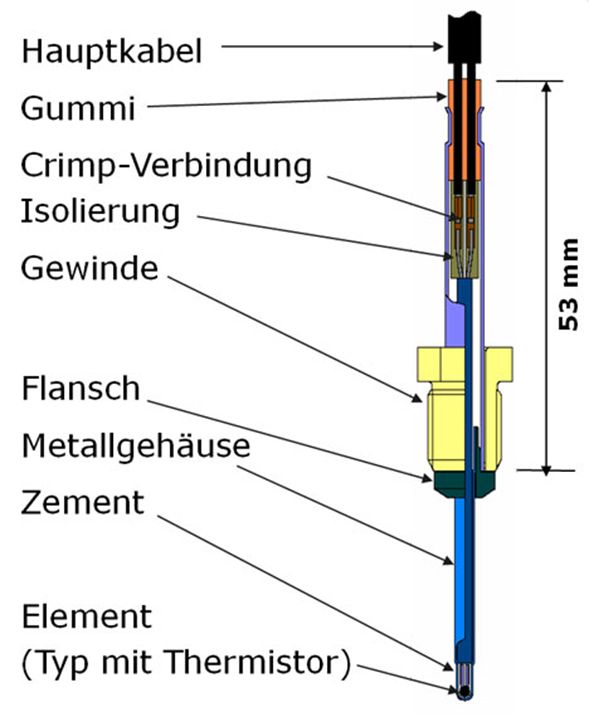 As a consequence of this development, exhaust gas temperature sensor technology has become ever more complex in recent decades. Whereas the main purpose of the sensors was originally to monitor catalytic converters, they have since become absolutely essential to protect components. 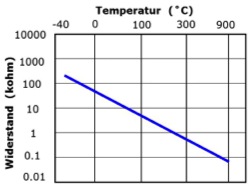 The possible measuring range and the exact resistances assigned to the temperatures vary depending on the design of the sensor. The element material is based on a perovskite structure formed by titanium trioxide (TiO3) alloys.

These days, exhaust gas temperature sensors are used in cars with both diesel and petrol engines.

In petrol engines, the main function of exhaust gas temperature sensors is to protect components against overheating. The critical components to be monitored in this case are primarily the turbocharger and the catalytic converter. If the temperature sensor signals excessive temperatures at these components, the engine control unit takes appropriate action to lower the temperature, for instance by reducing the boost pressure (and thus the power).

Depending on the setting of the engine management system, catalytic converter protection is provided by increasing the injected fuel quantity (and thus fuel consumption) to cool the catalytic converter. Advanced modern engines with direct injection and sometimes lean burn operation are particularly critical in this respect and require appropriate monitoring.