The toothed belt controls the precision combustion process in the engine. It is driven by the crankshaft and controls the camshaft, which actuates the valves. The valves must be opened and closed at the correct time... 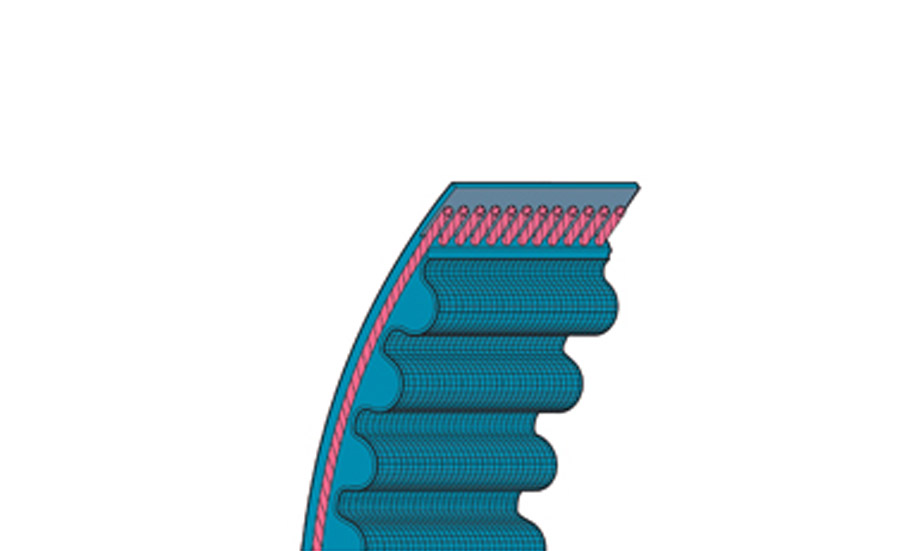 Toothed belts are characterised primarily by high levels of operational smoothness and low moving mass, both of which have a positive effect on petrol consumption and CO2 emissions. What is more, in the context of design and build, toothed belt drives require much less effort where sealing the front end of the engine is concerned compared with concepts featuring timing chains or spur gears. This saves resources in engine design and development and also in production, as well as protecting the environment.

A toothed belt tearing when the engine is running can lead to a serious collision between valves and pistons. The result: engine damage. To avoid the inconvenience of breaking down, due care and attention is the order of the day. Observe the regular service intervals prescribed by the vehicle manufacturer. Intervals for replacing toothed belts are usually between 60,000 and 150,000 km, depending on the vehicle model.

The toothed belt controls the precision combustion process in the engine. It is driven by the crankshaft and controls the camshaft, which actuates the valves. The valves must be opened and closed at the correct time. The air/fuel mixture which, when combusted, drives the engine's pistons, is supplied to the combustion chamber via the valves. As the pistons in the engine move up and down, the correct control of the valves must be ensured in order to prevent a collision between pistons and valves inside the narrow combustion chamber. Toothed belts can also be used to drive injection pumps and counterbalance shafts or water pumps. As well as toothed belts, timing chains are also used in passenger cars. Spur gears or vertical shafts are seldom used. Unlike V-belt and V-ribbed belt drives, toothed belts transmit force via their teeth. In other words, they are positive-locking drive elements.

A toothed belt that is functioning correctly is vital for getting from A to B safely. If valves are actuated at the wrong time, the engine will not deliver the required power and may even sustain damage. The result KO'd in broad daylight... .