The exhaust turbocharger compresses the air supplied to the engine. Compared with naturally aspirated engines, cylinder filling is much better. Engine performance is increased whilst at the same...

The exhaust turbocharger compresses the air supplied to the engine. Compared with naturally aspirated engines, cylinder filling is much better. Engine performance is increased whilst at the same time consumption is reduced and emission values are improved.

During exhaust gas turbocharging, exhaust gas energy which would otherwise escape into the environment unused is used to drive a turbine. A compressor is mounted on the shaft of the turbocharger opposite the turbine. The compressor draws in the combustion air, directing it to the engine in compressed form. There is no mechanical connection to the engine.

a fixed mechanical connection established via a common shaft. The turbine is driven by the exhaust gases from the engine and supplies the drive energy for the compressor. In most cases, centripetal turbines and centrifugal compressors are used for turbochargers.

Therefore, once the required charging pressure has been reached, some of the exhaust gas is diverted around the turbine through a bypass. The charging pressure control valve, which opens and closes the bypass, is controlled by a spring-loaded membrane 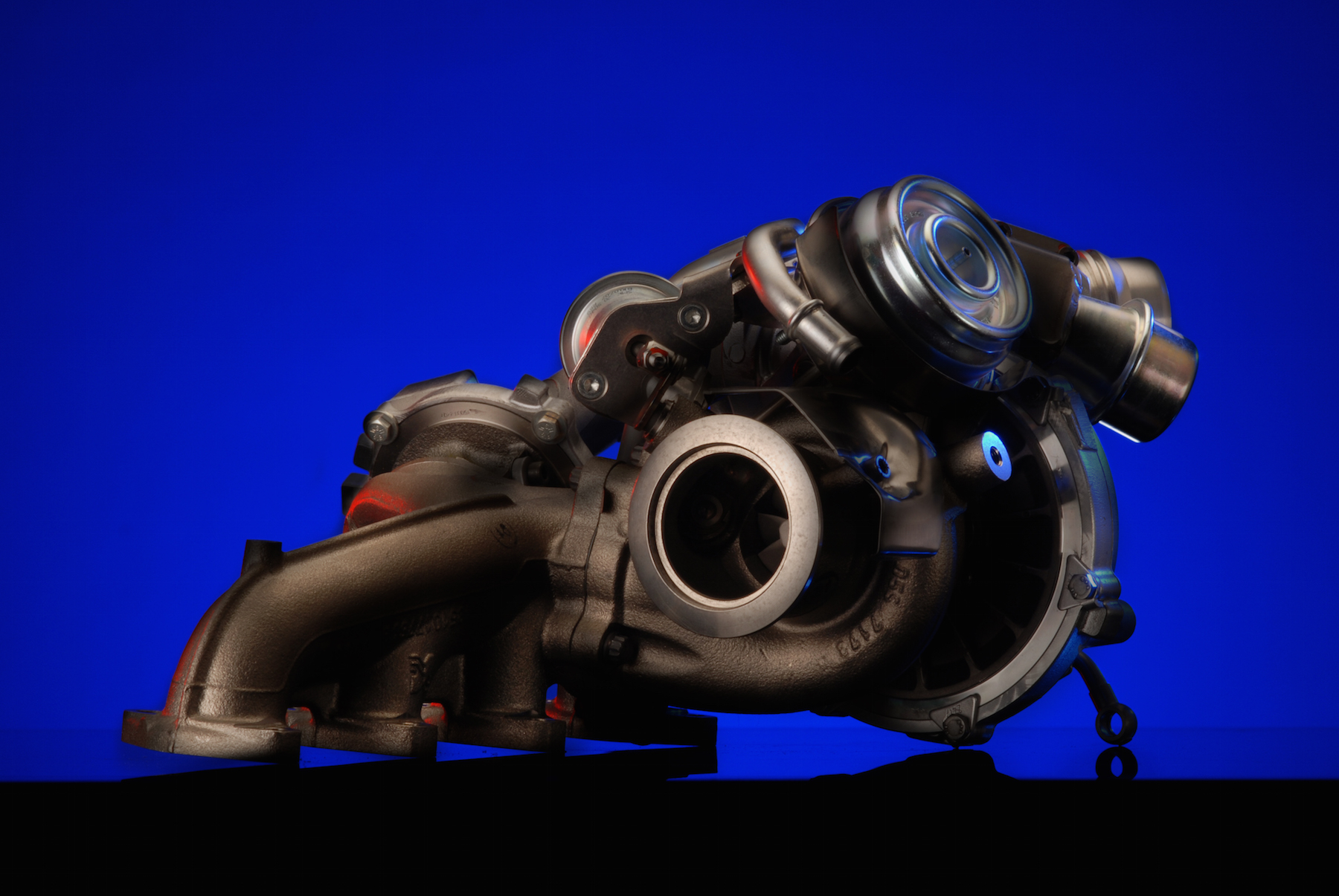 on the basis of the charging pressure. In modern passenger car diesel engines, variable turbine geometry (VTG) with rotating guide vanes has established itself as the state of the art. With VTG, the flow cross-section of the turbine can be adjusted based on the engine operating point. All of the exhaust gas energy is used and the setting of the flow cross-section of the turbine can be optimised for any operating point, thereby improving the efficiency of the turbocharger and as a result that of the engine compared with bypass control. Constantly adapting the turbine cross-section to the prevailing driving conditions of the engine also reduces fuel consumption and emissions. The engine torque, which is already high even at low speeds, along with a carefully adapted control strategy, enable a perceptible improvement in driving dynamics to be achieved.

The use of turbocharging has resulted in the diesel engine conquering the passenger car market. The benefits of the turbocharged diesel engine (cost-effectiveness and high torque, for example), which had been appreciated for many years by drivers of commercial vehicles, have been winning over more and more passenger car purchasers. Today, modern diesel engines offer low consumption and emissions combined with high performance and driving pleasure.

The advantages of the turbocharger

With a view to further reductions in CO2 emissions for all drive concepts, turbocharging is also taking on increasing significance where petrol engines are concerned. For petrol engines, the turbocharger is a key technology for what is referred to as downsizing (reducing displacement and the number of cylinders), as it provides a means of significantly reducing consumption without impairing performance and comfort.

What is good for the exhaust turbocharger?

The turbocharger is designed and built so that in most cases is will last the lifetime of the engine. It does not require any particular care and maintenance. Inspections are limited to a few periodic checks as part of regular service and maintenance. For the turbocharger to last as long as the engine, the following service requirements set out by the vehicle or engine manufacturer must be met in full:

What can damage the exhaust turbocharger?

90% of all damage to turbochargers is caused by:

Such damage can be avoided by regular maintenance. During maintenance work, e.g. on the air filter system, it is important to check for foreign bodies in the turbocharger.