Function Diesel engines are compression-ignition engines. In other words: The fuel injected does not require an ignition spark to ignite. The power stroke is triggered in three steps...

Protection of the environment Close collaboration between manufacturers of glow plus and the automotive industry starts as early as the engine design stage. The result is environmentally-friendly diesel starting in two to five seconds, safe starting at temperatures as low as –30°C, smooth engine starting without exposing the engine to excess stress and strain and a reduction of up to 40% in soot emissions during the warm-up phase in the case of post-heating plugs.

Safety Annual breakdown figures collated by the ADAC provide an overview of the main causes of accidents involving vehicles on Germany's roads. More than 3.9 million cases were analysed. <link https: www.my-cardictionary.com electrics.html internen link im aktuellen>Electrics and the ignition system continue to top the list, accounting for more than half of all recorded breakdowns. On account of the continued rise in the number of electronic components and their networking via bus systems, electromagnetic compatibility (EMC) has gained significantly in importance in recent years. As a consequence, it is absolutely essential that:

In warm and dry weather, a diesel engine will start even if a glow plug is faulty and only the remaining plugs pre-heat. Although starting under these circumstances is associated with increased emissions of harmful substances and possibly even knocking, most drivers will not notice these signs or will not know how to interpret them correctly.

The nasty surprise comes when it gets cold and damp and the first overnight frost sets in: heat is no longer given off by the diesel engine, which at best starts poorly and emits smoke and fumes. More likely, however, is that it will not start at all.

Depreciation Regular inspection of glow plugs helps to identify faulty glow plugs in good time so that they can be replaced. Consequential damage, difficulties starting and increased emissions of harmful substances are thus avoided. An <link https: www.my-cardictionary.com engine.html internen link in neuem>engine can only reach operating temperature quickly with glow plugs that are in perfect working order. This protects the engine, makes for smoother running and prevents knocking. Fuel combustion is then more uniform and more complete.

Function Diesel engines are compression-ignition engines. In other words: The fuel injected does not require an ignition spark to ignite. The power stroke is triggered in three steps:

Compared with petrol engines, combustion-ignition engines require more complex <link https: www.my-cardictionary.com mixture-preparation diesel-injection-system.html internen link in neuem>injection systems and engine designs. The first diesel engines did not provide a particularly comfortable or pleasurable ride. The harsh combustion process meant that they were very loud when cold. They were characterised by 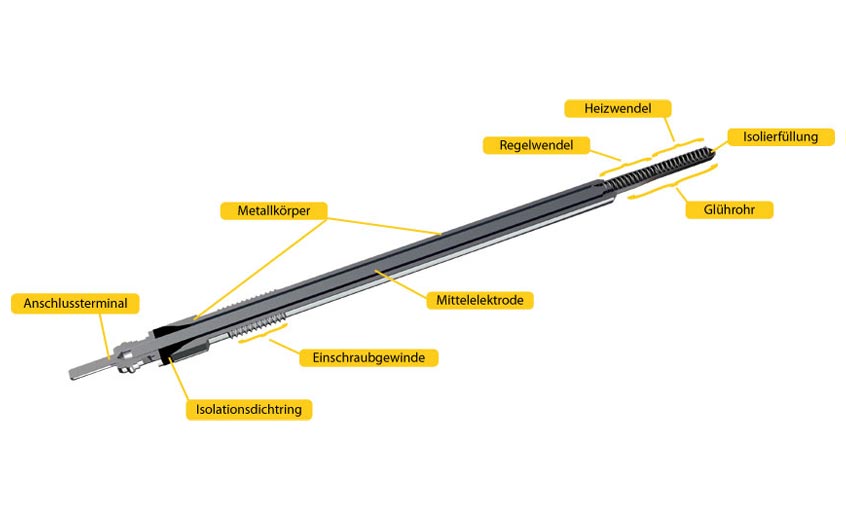 Unceasing development of the injection technology and glow plugs has succeeded in overcoming all of these disadvantages. Today, diesel as a drive source is considered to be of equivalent if not higher quality.

The function of glow plugs

The function of glow plugs in order for a diesel engine to reliably start at low outside temperatures and run with low noise and low emissions during the warm-up phase, glow plugs are fitted which protrude into the <link https: www.my-cardictionary.com engine cylinders.html internen link in neuem>cylinder. The glow plugs must very quickly make a high temperature available to assist the ignition process, subsequently maintaining this temperature regardless of boundary conditions or even adapting it to suit them. 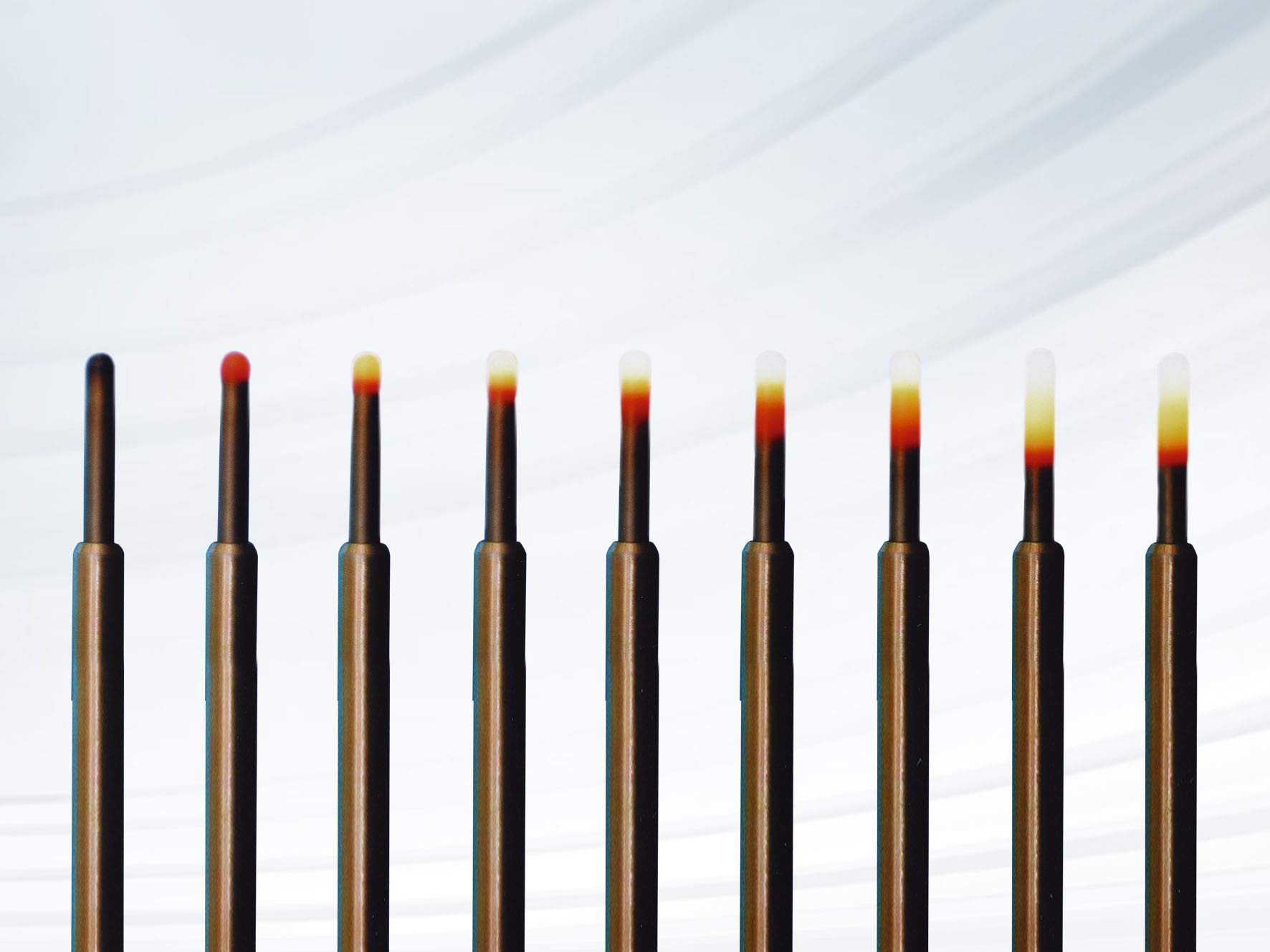 During pre-heating, a high current initially flows via the connecting bolts and the regulator coil to the heater coil. The heater coil quickly heats up, causing the heater zone of the glow plug to glow. The glowing spreads rapidly. After between two and five seconds, the heater rod is glowing virtually right up to the plug body. This causes a further increase in the temperature of the regulator coil, which has already been heated by the current. As a result, the electrical resistance of the regulator coil rises and the current is reduced to a level that ensures that the glow rod is not at risk of damage. This prevents the glow plug from overheating. If the engine does not start, the glow plug is switched off by the glow time control unit after a certain stand-by time. Older style vehicles are usually fitted with glow plugs which only glow before and during the start phase.

With post-glowing glow plugs, it has been possible to reduce the glow time to between two and five seconds. To achieve this, design engineers have reduced the diameter of the heater rod at its front end. As a result, the heater rod starts to glow very quickly in this zone. At a temperature of 0°C, it takes just 2 seconds to achieve readiness for starting. At lower temperatures, glow time regulation enables the system to adapt to requirements and increase the glow time accordingly (at –5 °C to approximately 5 s and at –10 °C to around 7 s).

Self-regulating rod glow plugs protect themselves against overheating by limiting the current from the <link https: www.my-cardictionary.com electrics battery.html internen link in neuem>battery to the plug as the temperature increases. However, when the engine is running, the voltage increases to such a level that glow plugs which are not designed for the very latest technology can burn out. Furthermore, the energised plugs are exposed to high combustion temperatures following starting and are thus heated up from inside and out. Post-glowing rod glow plugs are able to function at full alternator voltage. Although their temperature rises quickly, a new regulator coil establishes a steady-state temperature which is lower than that of plugs which do not support post-heating.