Ignition wires must conduct the necessary voltage (U) to the spark plug with minimum possible losses. Depending on how the vehicle is designed, this is achieved using: A mechanical spark distributor...

The location in which ignition wires are installed exposes them to high levels of stress and strain.

At first glance, the external appearance of ignition wires and ignition cable harnesses belies the complexity within. They must rise to the toughest of technical challenges inside the engine compartment, where temperatures induced by catalytic converters and more powerful and more compact engines can reach up to 200 degrees Celsius and electronic ignition systems are producing high voltages of up to 40,000 V. Brass and stainless steel contacts oxidise as they age. The electrical resistance of the cable rises, along with the risk of the ignition coils failing.

PVC Hypalon ignition wires, which just a few years ago were more than able to rise to this challenge, have long since fell by the wayside. Today's cars have even seen the use of class F silicone, which can withstand temperatures of up to 220 degrees Celsius and exhibits a dielectric strength of up to 40,000 V. They protect against energy loss and provide optimum protection against vibrations, water, acids, oil and petrol. With corresponding connectors they are able to meet the most stringent of requirements where interference suppression and electromagnetic compatibility (EMC) are concerned.

Because plasticisers escape from the plastics from which sheaths are made, the sheaths become brittle over time. High temperatures as well as contact with oil or fuel vapours can accelerate this process or even dissolve the plastic completely. Damage to the insulation results in ignition voltage being conducted to earth. The consequences are misfiring and the engine running erratically, with unburned fuel getting into the catalytic converter.

Every time a spark plug misfires, valuable petrol is injected but not combusted. As a result, there is a significant increase in environmental pollution due to the increased in consumption per kilometre alone. Furthermore, the unburned fuel in the catalytic converter can ignite explosively, causing damage that will prevent the catalytic converter from rendering hazardous substances like carbon monoxide, nitrogen oxide and hydrocarbons harmless and requiring it to be replaced.

As ignition wires are exposed to high levels of stress and strain, the wires must be checked regularly and replaced at the first sign of ageing. Faults affecting the ignition system and the catalytic converter usually only come to light during the statutory exhaust gas test. This regular test is an important precautionary measure which can save you hard cash. After all, identifying and rectifying damage at an early stage does not cost a lot. Purchasing ignition cables complete with connectors will cost much less than having to replace a catalytic converter on account of consequential damage.

External damage to an ignition line can provide information about the cause of the fault. A thorough visual inspection is the first step in diagnosing damage. For example, if a plastic sleeve is out of shape, the ignition wire has most probably not been laid correctly inside the engine compartment.

Ignition wires that show no signs of external damage can be checked with what is known as a multimeter. This important diagnostic device is able to read off the resistance of the ignition wire and compare it with the permissible resistance values.

Ignition wires in the engine compartment are wear parts which in most cases reach the end of their service lives in quick succession. Garage mechanics know, therefore, that if a vehicle is of a corresponding age or has clocked up high mileage, it is advisable to replace the entire set of ignition wires. Another important consideration is that the components of an ignition system are complex and must therefore be perfectly matched. Therefore, retrofitting an ignition wire in a different technology (a carbon ignition wire instead of a copper ignition wire, for example) can lead to huge damage affecting engine management, EMC and even electronic components that are relevant to safety.

Ignition wires must conduct the necessary voltage (U) to the spark plug with minimum possible losses. Depending on how the vehicle is designed, this is achieved using: 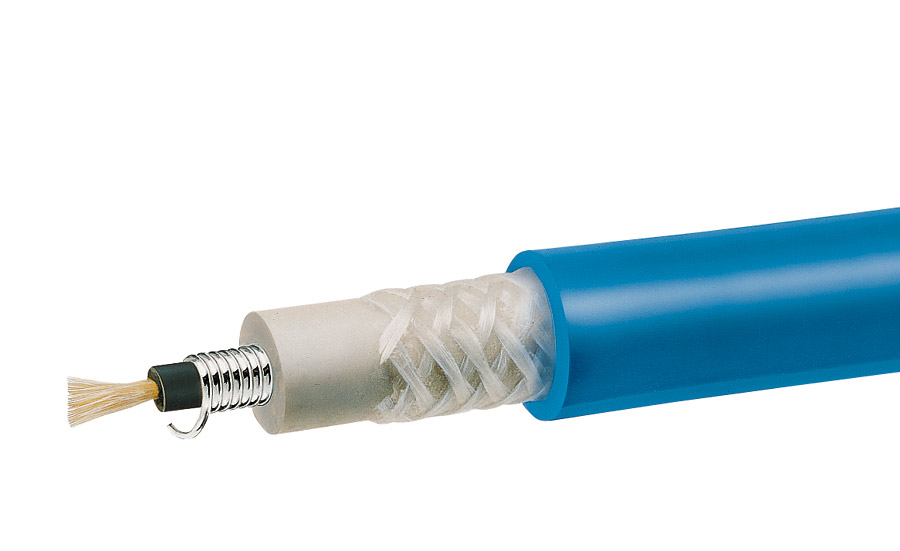 Although the fundamental aim is low-loss conduction, resistors are used in all ignition wire systems. Looking into the electrical technology, it is clear that this is not necessarily a contradiction. All electrically-operated devices create electromagnetic fields of greater or lesser strength. In most cases they are only negligible, but under some circumstances they are undesired (e.g. interference with radio reception). The ignition system requires optimal low-pass interference attenuation in order to ensure interference-free operation of radios, communications equipment and control units for engines or gearboxes. The assumption that resistors reduce ignition energy and thus engine performance has been proved to be mistaken. 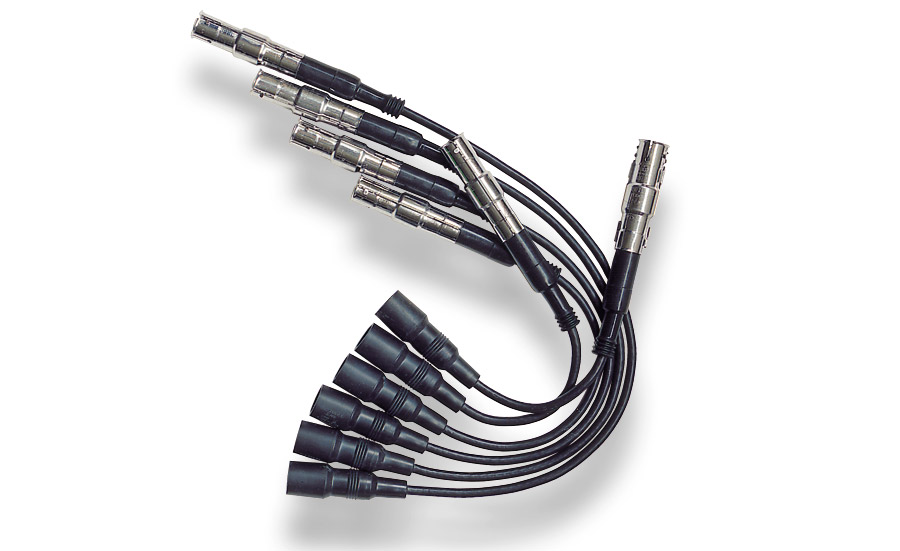 The resistors which are used are dimensioned so that they are hardly noticeable. The ignition cable systems offered by brand manufacturers combine the best interference suppression with optimum ignition performance. The unit of measurement for resistance (R) is the ohm. For ignition cables this value lies in the range of a few thousand ohm or "kiloohm". The purpose of this resistance, as already described, is to reduce electromagnetic radiation. This is achieved by limiting the current (I) through the ignition wire and simultaneously ensuring that the spark plug also receives the necessary voltage (U). The mathematical formula for this is U = R * I.

In simple terms, low-pass interference attenuation can be presented as follows: The ignition system consists of a coil and capacitors, referred to in electrical engineering terms as an "oscillating circuit". Interference suppressors (at least 1-5 kOhm) integrated into the ignition circuit reduce these electromagnetic fluctuations and safeguard the fault-free interplay of the various items of equipment. This is called "electromagnetic compatibility" (EMC).

Ignition wires with inductive resistor have a special feature: with this design the resistance changes considerably depending on the ignition frequency (engine speed). In this case, a greater (inductive) resistance is built up due to the coil.

Wherever electric current flows, electromagnetic fields are formed, such as with mobile phones and radio waves. Such electromagnetic fields also occur during ignition. They increase considerably in intensity at the time of each "spark breakaway" on the centre electrodes of the spark plug – resulting in strong voltage peaks along the cable. However, since strong electromagnetic fields can cause malfunctions in electronic equipment - e.g. radios, the ABS, they must be kept within a harmless range. For this purpose, ignition cables are equipped with electrical resistors. These limit the voltage peaks during the spark breakaway and during the discharge of the ignition coil. In the process, the energy from existing voltage and current strength is applied in a different energy-time relationship.

When new cables are installed, they must not be bent or tangled. Above all, due to the risk of fire, cables must not be allowed to come into contact with hot parts.